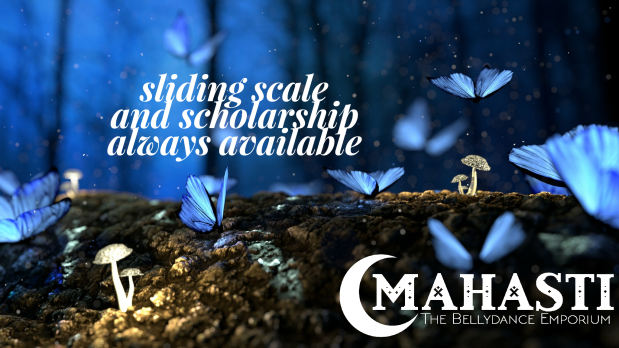 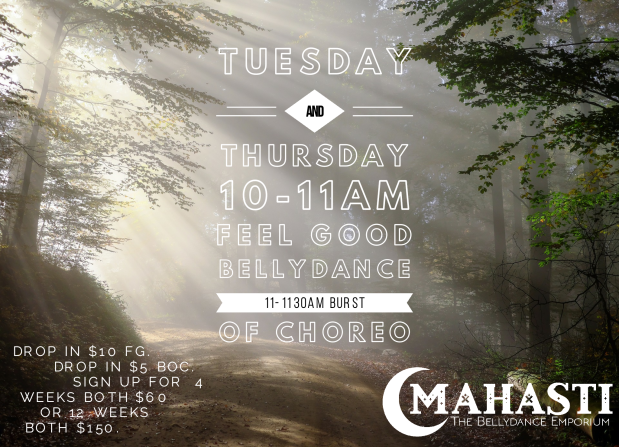 As we continue into our 2nd year my rent has gone up. I need to increase the price of some classes to make sure I can continue to share with you. Sliding scale + scholarship will ALWAYS be available for those who need it.

Other class cards remain unchanged. Always grateful for your support.

$5 each or use your class card or Groupon.

Our next guest teacher at Mahasti is the incredible Canadian star Melissa Gamal.

No need to go to the East Coast, America or Egypt to study with her you can take her class right in Hamilton!
Melissa Gamal is an award-winning dancer based in Toronto. She’s won titles at world-renowned bellydance gatherings Heshk Beshk Oriental Dance Festival in Venice, Italy & CAIRO Festival, Budapest, Hungary. Her authentic movement style and elegant musical interpretation have made her one of the most beloved performers in Canada.

Her foremost training was at Arabesque Academy/Dance Company, where she was an instructor and lead dancer for 8 years. She continually trains with famed & respected instructors from across North America, Europe and the Middle East, including intensive studies in Cairo, Egypt.

As an experienced instructor, her classes and workshops are sought after for her attention to technique as well as her knowledge of historical and cultural contexts. She’s a 4 time instructor and performer at Nile Group Cairo in Egypt among the top instructors in the world.

In 2015 Melissa co-founded Ya Amar, an entertainment company focused on offering exquisite performances of Middle Eastern dance and live music. She is also quickly gaining a reputation as a top-notch event producer & taste-maker as she brings rising stars & scholars to Canada.

We’ll play with exercises for creativity and improvisation 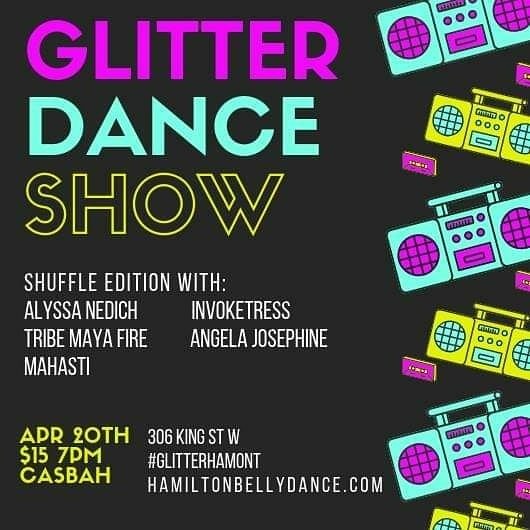 Eshe is honored to be a 2019 Hamilton Art Award Nominee

Eshe auditioned and was cast in Jillina’s Bellydance Evolution.  She was honored to perform alongside these incredible artists hailing from Chile, Mexico, Korea, Peru, Denmark, Hungary, Czech Republic, Russia, Ukraine, and all over the States.  They were the debut cast for “The Wonderful Wizard of Oz.”

If there’s enough interest we can restart toddler classes